We drove along the logging track beside the Narbethong Plantation before starting a steep ascent, waiting at the top while Paul investigated a particularly muddy patch ahead of us at the bottom of the other side of the hill. The mud appeared to have a firm base so we were given the okay to proceed. 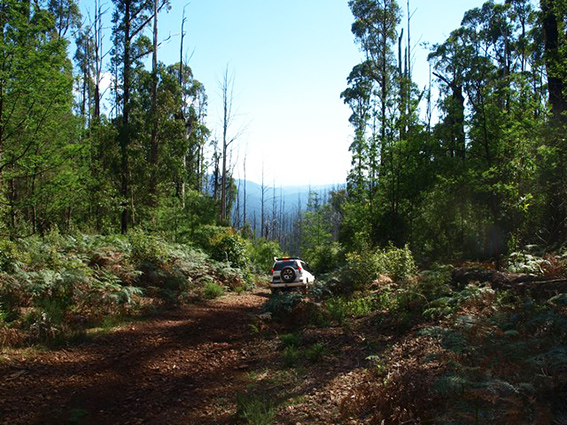 The Anderson Spur Track took us up through tall eucalypts before making another steep descent to Spur Road, a fairly rutted track that was wet in places from recent rains. It was along here that Colin announced he was stopping briefly to retrieve the Dodson's mudflap which had been impaled on a stick. 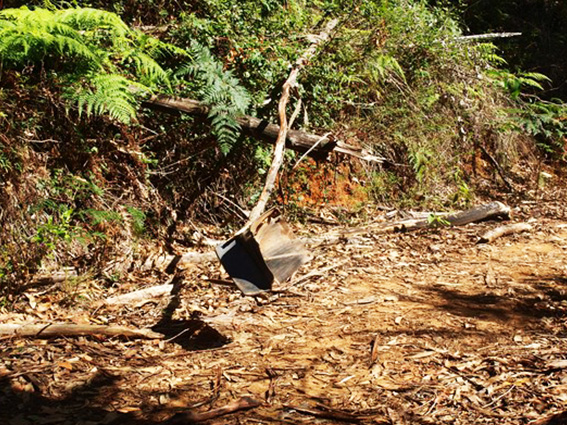 Shortly after this our progress was stopped by a substantial log that had fallen across the road. Out came the chainsaws and Daniel and Colin set about cutting the log. With the assistance of others in the group the track was cleared sufficiently for us to continue on our way. 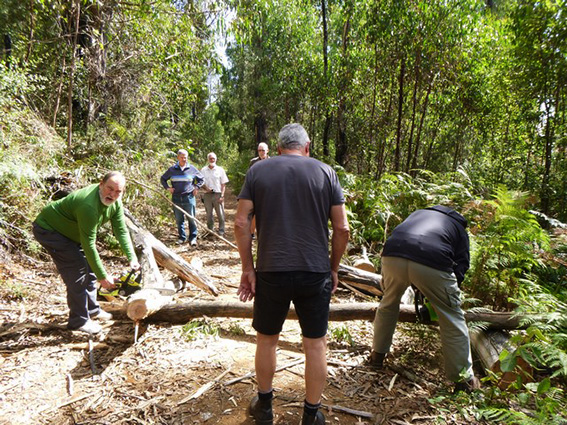 Along Winch Road we stopped at the Dindi Mill site, read the information board and walked to the site of the old mill, of which the only remaining evidence was a large sawdust pile. Shortly afterwards we stopped for lunch at the very pleasant Cascade Picnic Area before walking down a short track to view the cascades.

Soon afterwards we were back on the track and making our way towards Toolangi when we noticed a large plume of smoke in the distance. After careful consideration it was decided that as there was no wind and the smoke didn't appear too threatening, it would be safe to continue. The smoke may not have caused us any problem but the same couldn't be said about the extensive mud hole we were faced with next. Most drivers managed to manoeuvre their vehicles safely through the mud without incident. Others however proved to be the exception as they ended up careering sideways across the mud, causing several spectators to run for cover. 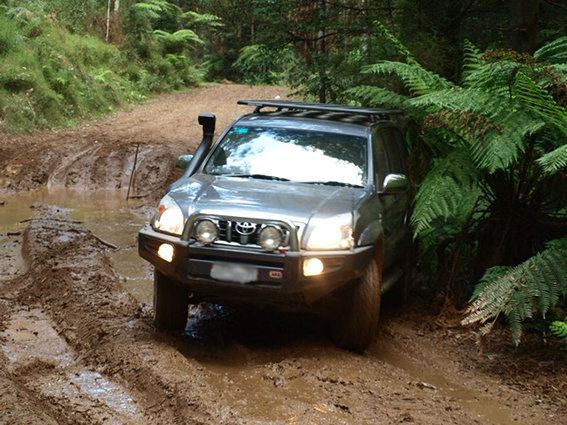 After negotiating a couple of less dramatic mud holes we arrived at what appeared to be a locked gate. It appears, however, that there was a difference between locked and 'locked' and it was with relief we found that rather than being forced to retrace our tracks back through the mud we were indeed able to proceed. From there it was an easy run to Toolangi township for airing-up, farewells and home! 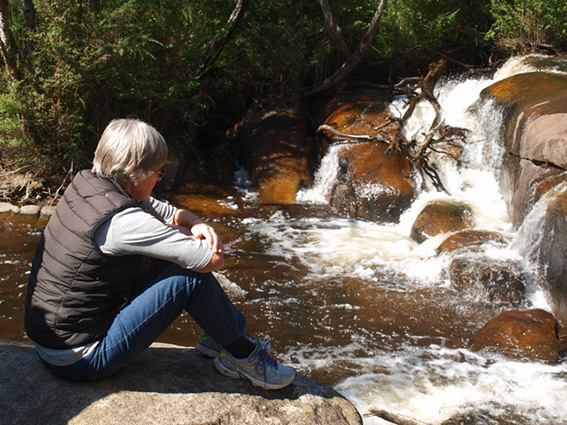